This quick tutorial will show you how to rename a dataset in the SPSS statistics package.

The normal scenario for renaming a dataset is where you’re working with two sets of data, each of which is open in its own Data View, and you want to give each dataset a memorable name to make them readily distinguishable. 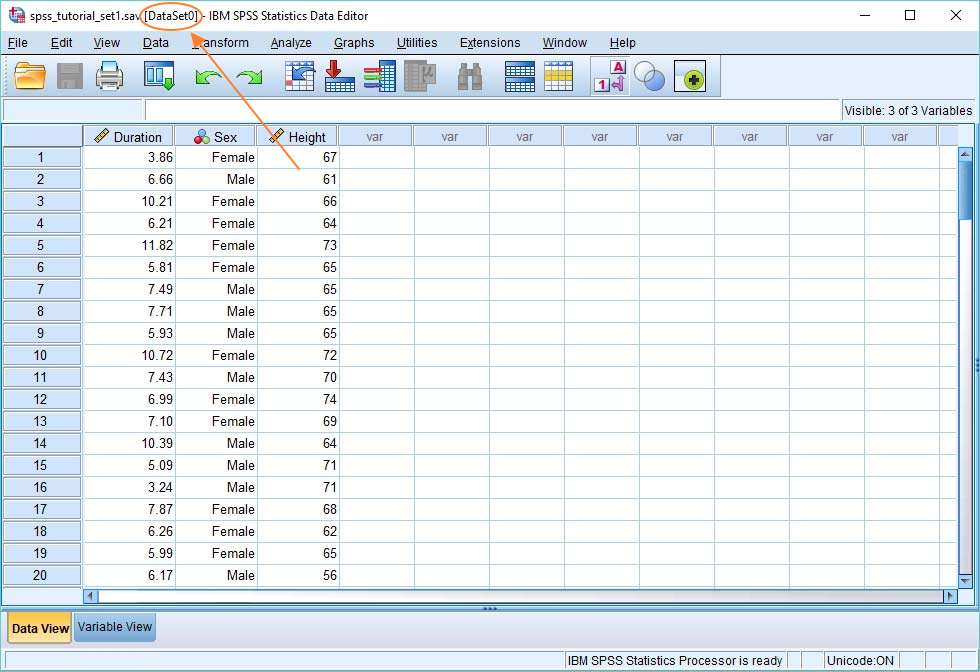 SPSS uses a default convention to name datasets automatically. This is of the form, DataSetn, where n is an incremental integer value (i.e., 1, 2, 3, etc). You can see this with our example dataset above. (The exception to this is if you open a dataset using SPSS’s syntax language, in which case no name is given unless it is specified).

It’s easy to rename a dataset, though it’s not wildly obvious how it’s done.

All you’ve got to do now is to type in the new name of the dataset. You need to follow SPSS’s naming rules, and you should try to make your name meaningful. 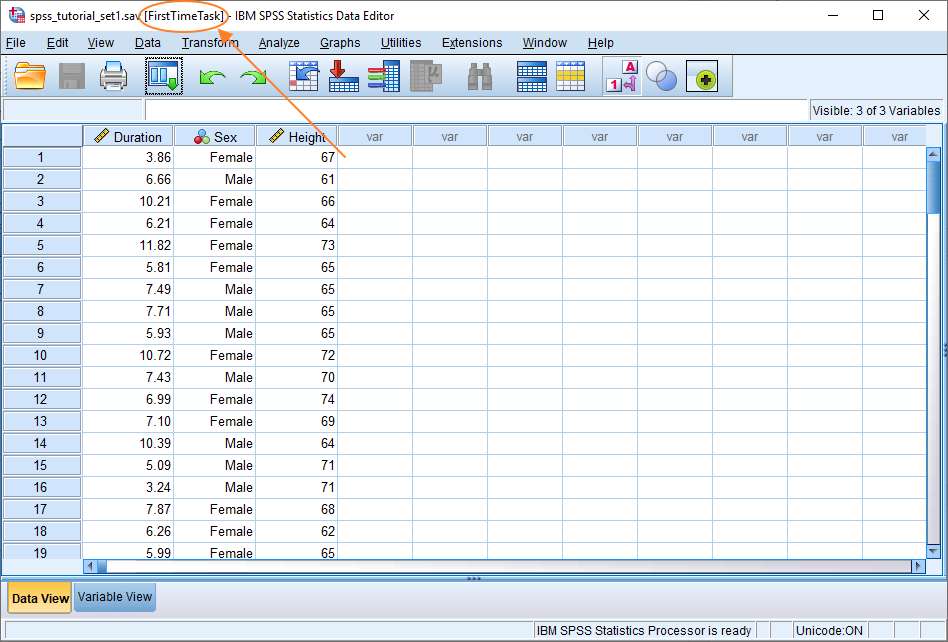 As you can see, the dataset has been renamed, FirstTimeTask, as specified in the dialog box.

That’s it for this quick tutorial. You should now have all the information you need to rename a dataset in the SPSS statistics program.